nyxie and I will be owners of an actual HOUSE. Offer night was last Tuesday, and ours was the winning offer of three! Here it is: 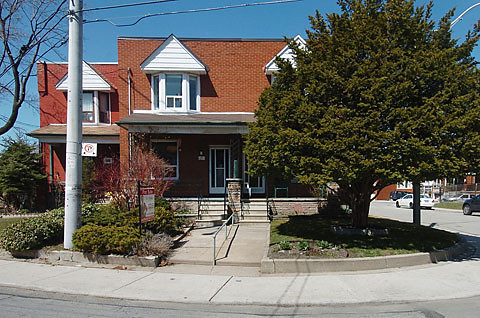 It's on Maria Street in the Junction, the middle of three attached houses; the third one is set back a few metres on the left. It was built around 1915, I think. Our agent thought it was from about 1910, but I found maps showing it built by 1923 but not in 1912. So somewhere in there, anyhow, nearly but not quite a century home.

The current owners are architects and the interior is not only in great shape but it really suits our tastes, too -- we won't even have to do much painting to move in. Like the bright red accent wall: 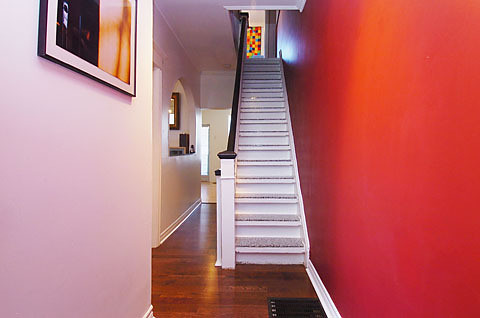 And the kitchen, with a bottom-freezer fridge (not visible) and a GAS STOVE YAY: 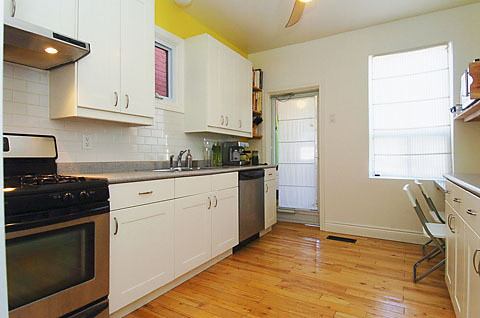 There's three bedrooms upstairs, a big master up front, medium in the middle, and tiny in back. The medium will probably be our sleeping bedroom, the front an office and dressing room, and the back a zazen and yoga room.

The basement is unfinished except for a small rec room, and has an outside door, which means I'll be able to easily set up a little bike workshop down there. The backyard is small but has all the space we'd need, and a trellis with mature grapevines on it.

There's a bunch more photos in this flickr set.

Looks like moving date is going to be June 18. So excited!
Collapse