The move has begun! And more.

Moving to the new apartment has begun! We got a cargo van today and took over all of the boxes we'd packed already, which included all of our books, CDs and DVDs, and four winter tires mounted on rims (ie, the heavy things). There are 41 stairs to our apartment; I took 44 trips up them with about 20 lbs. (We repacked boxes that were over 40, so I figure 20 is probably a decent average.) That's more than the climb to the main level of the CN Tower. I'm tired now.

Last night I discovered someone had backed into our car while it was parked, taking out a headlight lens, and strangely a 2x3" piece of bumper, which made it worth claiming on insurance, which meant a drive out to Etobicoke to the collision reporting centre.

I was back out that way again today to hit IKEA to return a Roman blind (note: not a blind Roman, we're keeping him) that broke as soon as we had it out of the packaging. On the way back I saw a sign directing people to Mystic Pointe Neighbourhood, which is one of the worst names I've seen, especially since wedged between the Gardiner Expressway and the GO train tracks isn't really mystic, and there's no pointe there. Even better, one condo tower at Mystic Pointe is called The Tides at Mystic Pointe, and even if it WAS a pointe, it'd pointe into a LAKE.

And finally I leave you with this ad I just saw on a feed: 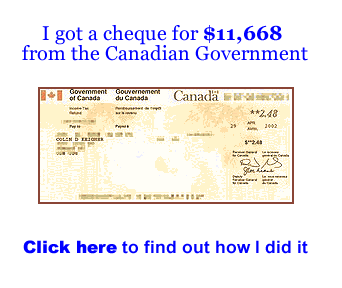